Learn more About Us

Committed to Citizenship and Cincinnati​

In light of the recent surges in COVID, and for the safety and health of all our wonderful supporters, we have decided to cancel any attempt to hold the Cincinnatus Spencer Awards Dinner in 2020 and wait until 2021. Our committee and the Hilton have worked together on a date and we are reserving MAY 12, 2021 for the Spencer Dinner in the Hall of Mirrors. We are all hoping that by then there will be a vaccine or viable treatment to curb the virus.

Our awardees of 2020 have been notified and will be honored in 2021 – with no restrictions on numbers we hope! We lost the opportunity to celebrate Marian Spencer and Cincinnatus on their 100th birthdays – so we will celebrate 101 next year!

Thank you for your understanding and patience. We look forward to a wonderful event on MAY 12, 2021. Put it on your calendar please!

Take care and be well,

Marian A. Spencer is the perfect person to break the barrier to become Cincinnati’s first named woman statue

Woman’s City Club of Greater Cincinnati has commissioned the first statue of a named woman in Cincinnati for civil rights icon Marian A. Spencer. Marian was an extraordinary woman of grace and dignity who spent her life working for equality, justice and her belief that each of us has the ability to make the world a better place. We are asking for your support in this effort. Marian A. Spencer is the perfect person to break the barrier to become Cincinnati’s first woman statue!

Marian Spencer stood up fearlessly for what she believed was right and set the example to be smart, be polite, vote and keep on fighting.

Tom Tsuchiya and Gina Erardi are the sculptors. Tsuchiya is well known for his local sculptures, including the bronze statues of Cincinnati Reds players at Great American Ball Park.

Donate to the Marian A Spencer statue fund.

The Cincinnatus Education Panel is looking for volunteers to help with its Leader-to-Leader program.

The Education Panel is looking for 12 new volunteers for the coming year. Volunteers need not be Cincinnatus members.

Support Diversity and Inclusion in Cincinnati. 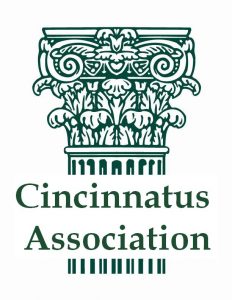